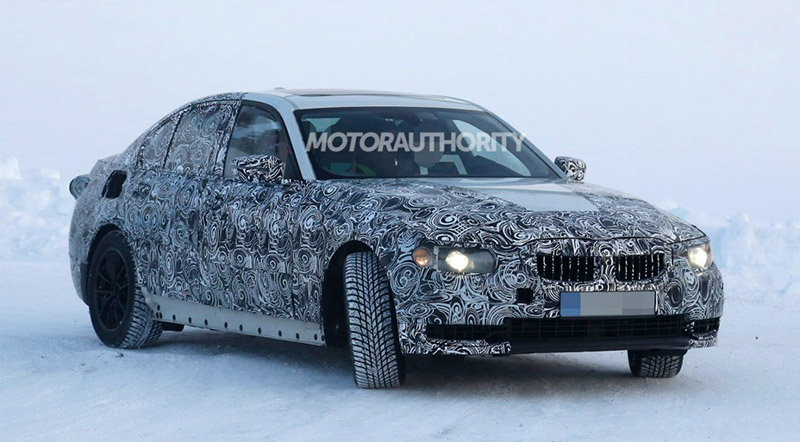 A heavily camouflaged version of the upcoming 2018 BMW 3 Series has been spotted during road tests. The current model of the bestselling car in the BMW lineup already comes with some major upgrades, but it looks the Bavarian automaker is already making inroads into the new one which is expected to be released in 2017 as a 2018 model car. The spy shots reveal that the 2018 BMW 3 Series, code name G20, has some resemblance to the 7 Series. It has a larger wheelbase to give the rear passengers more leg space. The additional material used will not add up to the overall weight of the car, as BMW is expected to go carbon fibre on the latest iteration of the G20. BWM will probably offer the same powertrains as the current model (2.0 litre four-cylinder and 3.0 litre 6-cylinder). Diesel and plug-in hybrid variants are also expected, as BMW tends to go all out for the 3 Series - one of the best selling luxury cars in the world.