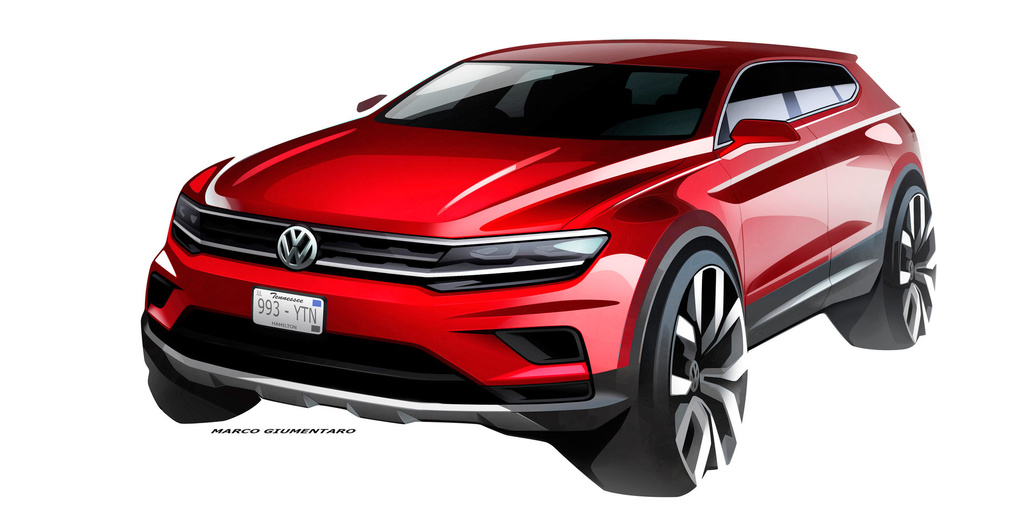 The new Volkswagen Tiguan Allspace is scheduled to debut next year at the Detroit Auto Show, but the automaker has revealed a teaser sketch giving us a fair idea about its styling and appearance. The Volkswagen Tiguan Allspace will be a stretched version of the 2017 Volkswagen Tiguan, which was recently previewed at the Frankfurt Motor Show. The Tiguan Allspace rides on a stretched MQB platform and the wheelbase is four inches longer than the regular Tiguan. The extra space allows an additional third row seat, increasing the overall passenger capacity. Rest of the interior is pretty similar to the standard Tiguan. The automaker has not revealed the powertrain specs, but we can expect it to carry a turbocharged 2.0-liter four-cylinder engine mated to a dual-clutch automatic transmission. It will be a front-wheel drive model; however, customers can also opt for the 4Motion all-wheel drive system at an additional cost.

The Volkswagen Tiguan Allspace will make its debut online in a few days before being officially unveiled in Detroit next month. It will be built at the automaker’s Mexico plant and will arrive at the dealerships as a 2018 model.