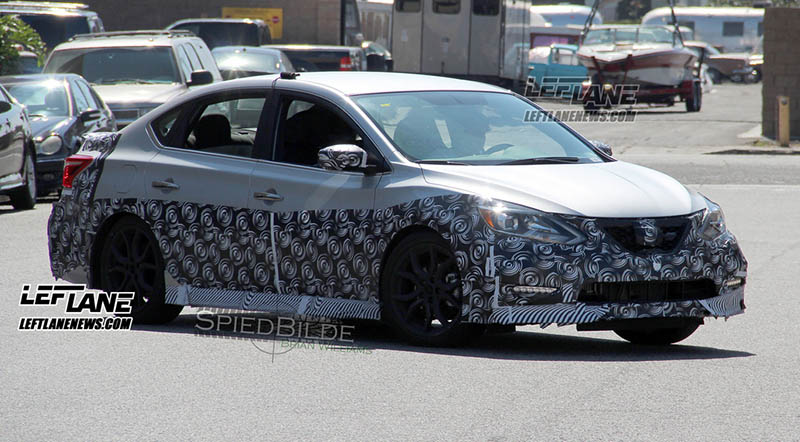 The Nissan Sentra Nismo concept was first unveiled at the 2013 Los Angeles auto show, but the automaker didn’t give any date for its launching. Looks we have just spotted the Sentra Nismo, witnessing a spectacular sports car in camouflage. The spied Sentra Nismo has the same LED headlamps, dynamic front splitter, rear spoiler and the side skirts, as featured by the concept car three years back. The concept model was fitted with a turbocharged 1.8L engine capable of producing 240 horsepower. We guess the production model might use the same powertrain. Another possibility could be the 1.6L turbo-engine pumping in the Nissan Juke. The Nissan Sentra Nismo will be competing with the other high-performance cars such as Honda Civic Si and Ford Focus ST, when it arrives in the market. Expect the Sentra Nismo to hit the dealerships later this year or by the start of 2017.